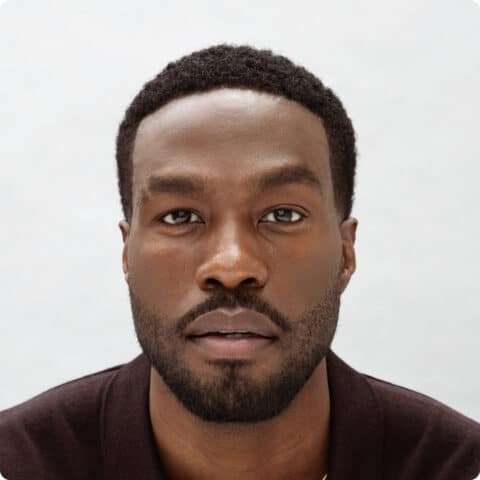 YAHYA ABDUL-MATEEN II is well known for his Emmy Award-winning performance as Cal Abar/Dr. Manhattan in HBO’s groundbreaking series, Watchmen.  He recently starred in Michel Bay‘s Ambulance, opposite Jake Gyllenhaal, and will be reprising his role as Manta in Aquaman and the Lost Kingdom in theaters March 2023. Yahya starred in The Matrix: Resurrections, led by original director/writer Lana Wachowski, and in the Jordan Peele-produced remake of the popular Candyman for MGM/Universal. He also co-starred amongst an all-star cast in Aaron Sorkin’s The Trial of the Chicago 7, in which he played Black Panther Party co-founder Bobby Seale. Other film and television credits include Aquaman opposite Jason Momoa for DC Comics and Warner Bros.; First Match, based on an award-winning script by Olivia Newman (Audience Award at SXSW); the “Striking Vipers” episode of Black Mirror; Jordan Peele’s Us; The Greatest Showman opposite Hugh Jackman, Zac Efron, Michelle Williams, and Zendaya for Twentieth Century Fox; Sony Pictures Classic’s Boundaries; The Handmaid’s Tale; Baywatch; Netflix’s All Day and a Night; Sweetness in the Belly opposite Dakota Fanning, (2019 Toronto International Film Festival); and Baz Luhrmann’s television series, The Get Down. Upcoming projects include Emergency Contact, which he is set to star in and executive produce, By All for Warner Bros, and The Scent of Burnt Flowers with Macro TV, created by Blitz Bazawule. He has been honored by the Critics’ Choice Association’s Celebration of Black Cinema with the Breakthrough Award in Feb 2021, made the HuffPost’s 2020 Culture Shifters list, and in 2018, was one of a select group of actors to make the prestigious The Hollywood Reporter’s NextGen list.  Born in New Orleans and raised in Oakland, California, Yahya is a graduate of the Yale School of Drama, where he received the prestigious Herschel Williams Prize. Topdog/Underdog will be his Broadway debut. 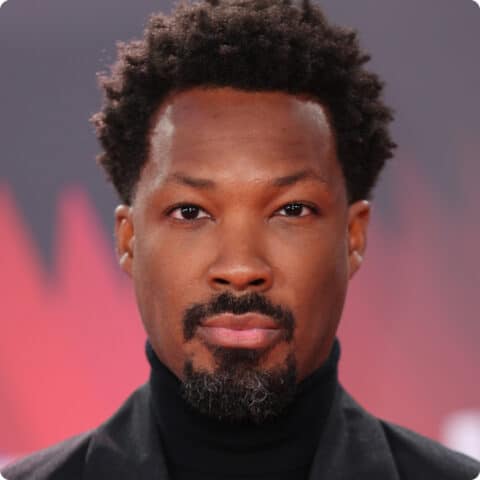 A Tony Award nominee for his 2017 performance in John Guare’s Six Degrees of Separation, COREY HAWKINS made his Broadway debut as Tybalt in David Leveaux’s revival of Romeo and Juliet opposite Orlando Bloom and Condola Rashad.  Recently, Hawkins portrayed Macduff in Joel Coen’s The Tragedy of Macbeth, opposite Denzel Washington, Frances McDormand, and Brendan Gleeson, among others, for which he received the African-American Film Critics Association (AAFCA) Award for Best Supporting Actor. He also starred as Benny in Jon M. Chu’s feature film adaptation of Lin-Manuel Miranda’s Tony Award-winning musical, In The Heights. His breakout film performance was as hip-hop legend Dr. Dre in the 2015 film, Straight Outta Compton.  Other film credits include Michael Bay’s 6 Underground, opposite Ben Hardy, Ryan Reynolds, and Melanie Laurent; Christoph Waltz’s directorial debut Georgetown, opposite Waltz, Annette Bening, and Vanessa Redgrave; as civil rights leader Stokley Carmichael in Spike Lee’s Blackkklansman; Kong: Skull Island opposite Tom Hiddleston, Brie Larson, John Goodman, and Samuel L. Jackson; Universal Pictures’ Non-Stop; Winter’s Tale for Warner Bros.; and Marvel Studios’ Iron Man 3. On television, Hawkins starred as Eric Carter in FOX’s 24 reboot, 24: Legacy opposite Miranda Otto and Jimmy Smits, as well as on the hit show The Walking Dead.  Hawkins also starred in the Quibi series, Survive, opposite Sophie Turner, for which he earned a 2020 Primetime Emmy Award nomination for Outstanding Actor in a Short Form Comedy or Drama Series. He will be seen as Harpo in the upcoming film adaptation of The Color Purple, produced by Quincy Jones, Steven Spielberg, and Oprah Winfrey, and in the lead role in the film, Last Voyage of the Demeter. Hawkins is a graduate of The Juilliard School’s drama program and is a recipient of the prestigious John Houseman Prize, given to one Juilliard student that has demonstrated exceptional ability in classical theater. 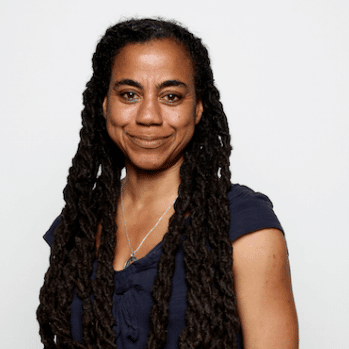 Widely considered one of the most adventurous playwrights of her generation, SUZAN-LORI PARKS has received a MacArthur “Genius” Award, been declared a “Master Dramatist” by PEN America and received a Steinberg Award for Distinguished American Playwriting. In addition to winning The Pulitzer Prize for Drama for Topdog/Underdog, she has also been a Pulitzer Finalist two additional times for her plays In The Blood and Father Comes Home from the Wars. She was widely acclaimed for her revised adaptation of The Gershwin’s Porgy and Bess. An accomplished screenwriter, she has collaborated with Spike Lee (Girl 6), Rashid Johnson (Native Son) and Oprah Winfrey (Their Eyes Were Watching God).  In 2021, Suzan-Lori Parks saw the premiere of her film The United States vs. Billie Holiday (directed by Lee Daniels) and the premiere of her season of Genius: Aretha Franklin where she served as Writer and Show Runner. 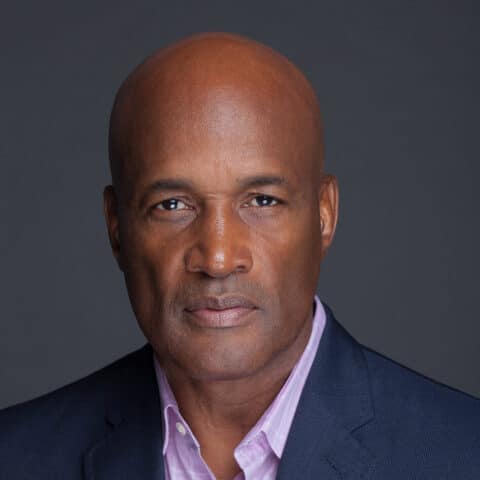 A multi-award winning, Tony Nominated sound designer and composer whose work has been featured on stages nationally and internationally on Broadway and off. Broadway credits include Pass Over, Clyde & #39;s, For Colored Girls, Other Desert Cities. Off- Broadway theaters include Heroes Of The Fourth Turning, Tambo and Bones (Playwrights Horizons); The Rolling Stone, Pipeline (Lincoln Center); Mrs. Murray&#39;s Menagerie (ArsNova); Merchant Of Venice, A Winter&#39;s Tale, He Brought Her Heart Back In A Box (Theatre For a New Audience). Additional theaters include: Steppenwolf, Goodman Theatre, Guthrie, Center Theater Group, The Royal Shakespeare Company (UK), and The Old Vic (UK). Ellington has been the recipient of a Grammy Certificate and an American Society of Composers and Publishers (ASCAP) award for his work in the recording industry. Justin has contributed to over 10 million albums sold.  In 2014, Mr. Ellington was commissioned to compose music for the National Museum for Civil and Human Rights. The project titled MOVE ACT FREE, led by George C Wolfe, was awarded a Cinema In Industry (CINDY) Award for production design.  As an educator, Mr. Ellington is currently a Lecture in Sound Design at the David Geffen School of Design at Yale University. He has also served as artist in residence at Princeton University, New York University, Southern Methodist University, and The Public Theater’s Shakespeare Initiative. Justin is a proud member of the American Society of Composer and Publishers, United Scenic Artist local 829, and Koblat Music Group. Visit him on the web at www.justinellington.com